Monday was the last day of fire fighting. It was live fires which I found a lot less demanding than lifting dummies up ladders! 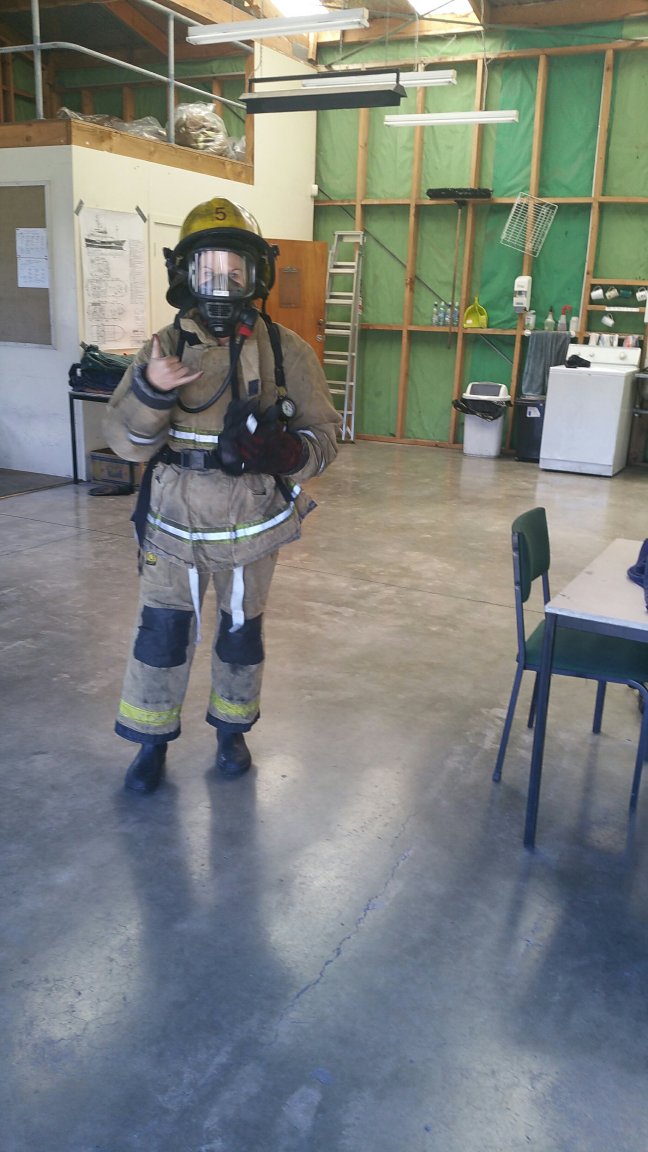 Tuesday and Wednesday were sea survival. I think I may have qualified for that ticket already, lol. But we did pyrotechnics, which is always a blast. And it’s all great revision.

We are all getting to know each others strengths and weaknesses too, so the team work improves. 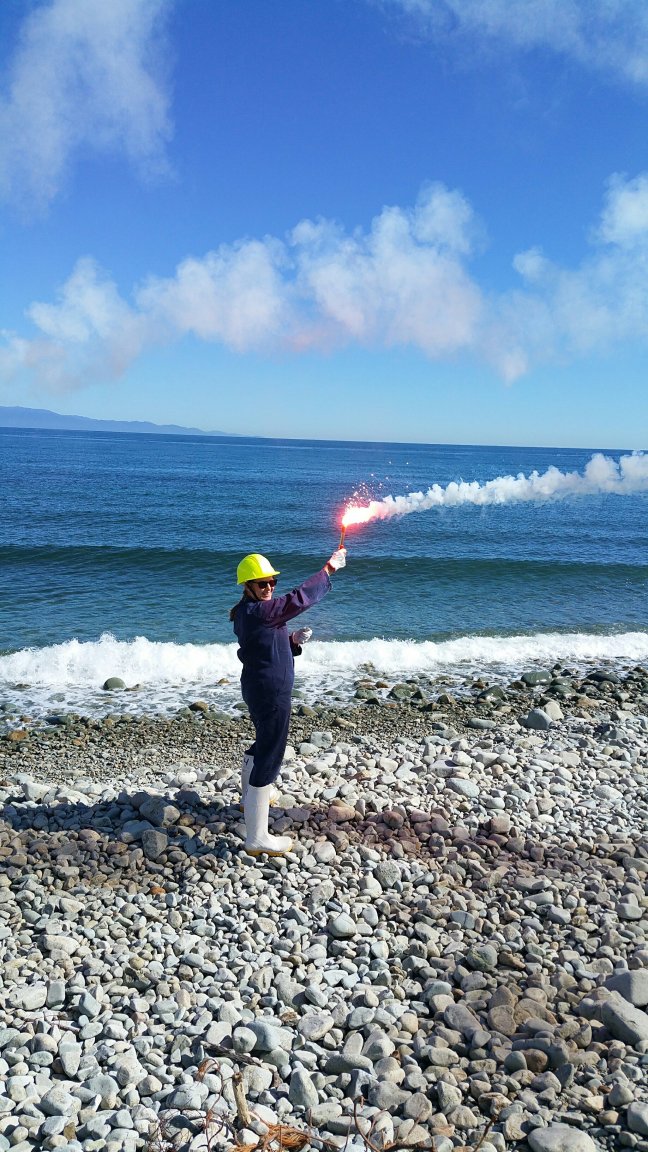 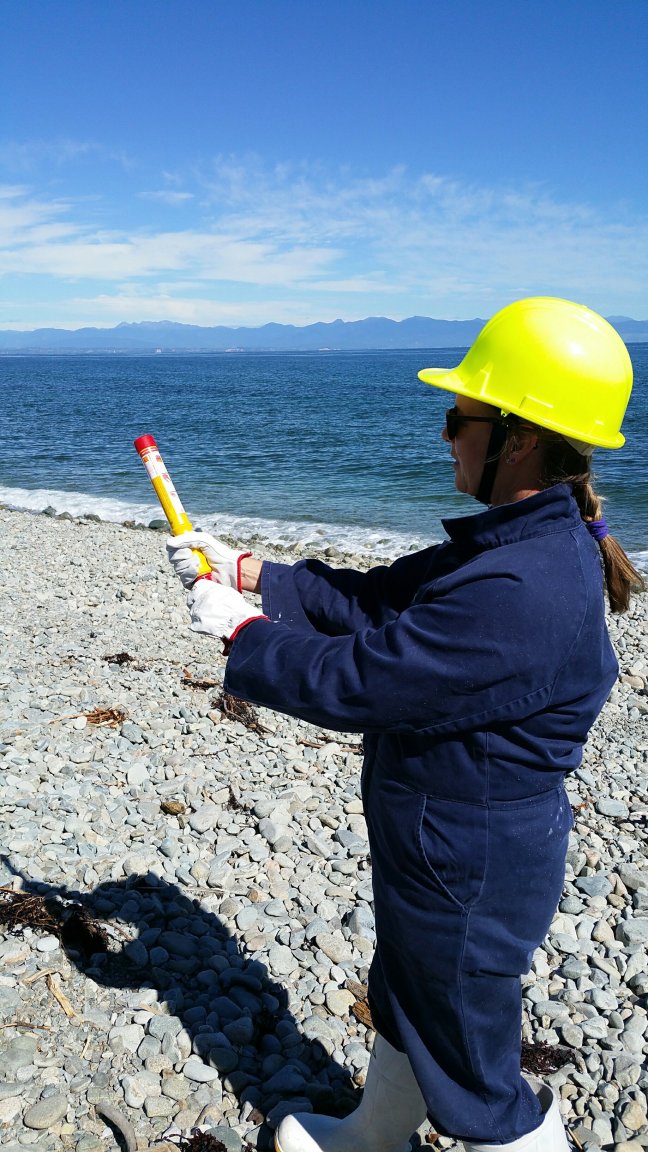 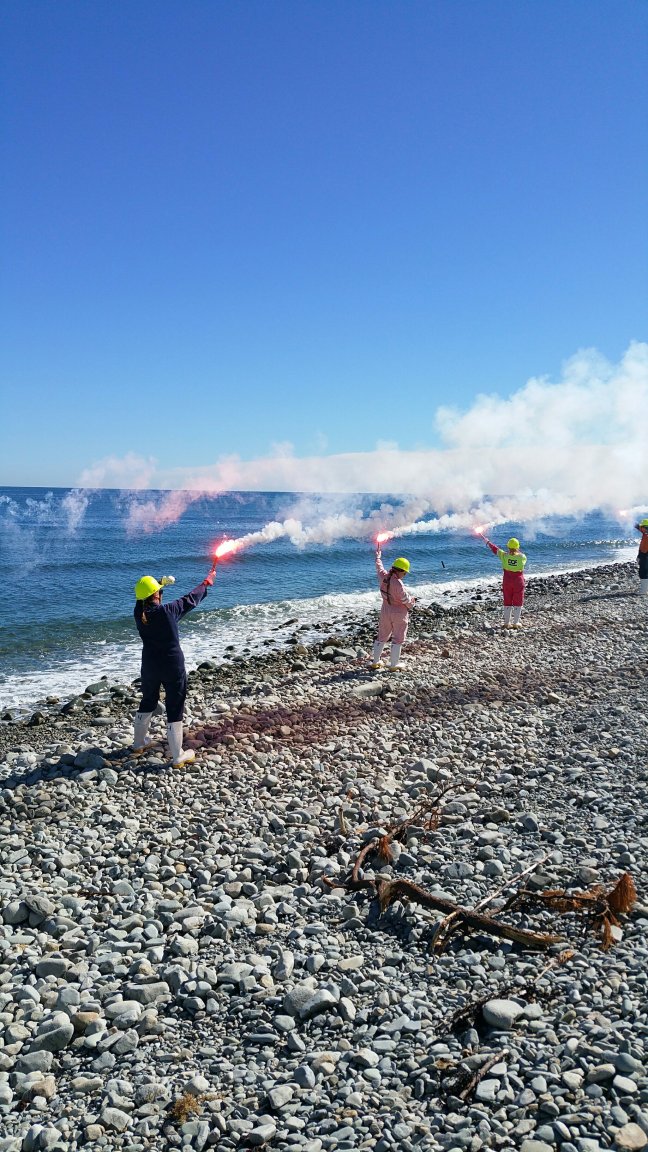 The last couple of days have been first aid, which hasn’t exactly stressed me. Truly good instructors, though, and you always learn something. We have a GP on the course too, so in effect, we had 4 teachers instead of 2!

Some of us have been going down to the marina after class, too, chatting to local boaties. Might have had the odd bevvie overlooking the marina, as well! 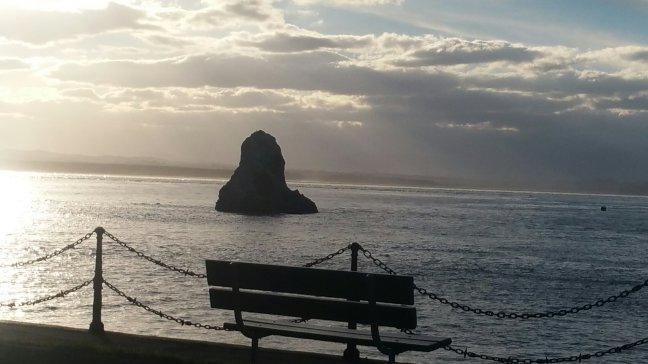 My first month aboard MY Clara One has absolutely flown!

Some of you will know I had the ship more or less to myself for nearly two weeks, only a few days after joining. The Captain left me a list of jobs, all of which I did and quite a bit more as well. One or two things didn’t go entirely as planned, mainly due to language differences. The main one was Georges wanting me to prepare the deck for oiling using a step 1/step 2 process. I took this to mean two parts to the process using the cleaning fluid he showed me in the store locker on deck. But it’s actually the names of a product he meant me to buy from the chandler. So though frustrating to have done it all with the wrong product, no harm done!

The boat, being an old classic, is wood, wood, wood and a bit of chrome thrown in. A ton of scope for polishing! And of course a million wee things needing fixing, and some more major stuff.

A carpenter and two engineers spent time on board while I was alone, fixing the gear box and doing work on the wheelhouse deck. The carpenter drove me nuts, thinking it was OK to spend his work hours (and some weekend time!) pestering me for a date. In the end I lost it with him and told him to quit the chase and Foxtrot Oscar. Anna, our chief stew, said he drives every new lady on board crazy.

My quarters are near the stern, behind the engine room, and are hot and noisy. My bed is not too bad, a bit hard, and of course not much storage. Nothing unusual in that on a ship. There is AC but it doesn’t always work, and when it does, doesn’t really get into the sleeping areas.

I seem to have ended up doing a lot more cooking than I bargained on, mostly for crew. However, I even had to cook for guests this last charter, as they and we had been totally misled by the broker who organised (or not, actually!!) their trip. They took the changes in plans we had to make, and the less than five star food, in very good spirit, I must say. I was grateful as they could’ve been pretty nasty about it, if they’d wanted.

I’ve also done a crazy amount of laundry, another surprise. Our owner won’t get full time staff, except me, till the 1st of July, so the day workers come on for the charter, then can go home and leave me to clean up. Georges, thankfully, is more supportive of his staff and after this last trip both day workers stayed to help clean and ready Clara for the next charter.

Some of you will know I now have Elliot, from my superyacht course in Nelson, joining the crew permanently on Monday. I got him and Wren day work with us for our first two day charters. We needed a stew /deck person, so Elliott is a godsend, with his mad fixing and engineering skills too! And Wren got a job with a friend of Georges’. So it all worked out well.

Our last charter was from Cannes to Villefranche for two nights at anchor, then on to Portofino to drop off and pick up guests. That is a really gorgeous place. I’ll have to go back and explore it sometime. And I seem to be getting the hang of handling this old boat. Georges seemed pleased overall.

One thing I struggle with here is the heavy use of chemicals and the total lack of care for the environment. You know back home in NZ we give ourselves a hard time for not doing enough? Well, trust me, we’re light years ahead of Europe. Its disgraceful here. Even if a ship takes recycling ashore, 99% of the time there’s no facility to dispose of it into. It drives me to distraction!

I’m on a day off today, the first in over two weeks. We’ve been putting in long hours and working hard, but the stress levels don’t even begin to compete with operating theatre. So I’m loving it and have zero regrets about leaving nursing.

I changed my phone provider today, transferring to Free from Lebara. So I should be able to stay in touch better now! Just waiting to get the train back to Cannes, but it’s a strike day so they’re few and far between. Trains strike about 14 days every month. It’s stupid.

I’m staying with Ruth while I’m on leave. She is such a star. Hopefully she’ll visit NZ one day and let me repay her!

Well, I’d better attach a few pics, then get on with the day! Bon journee 💞 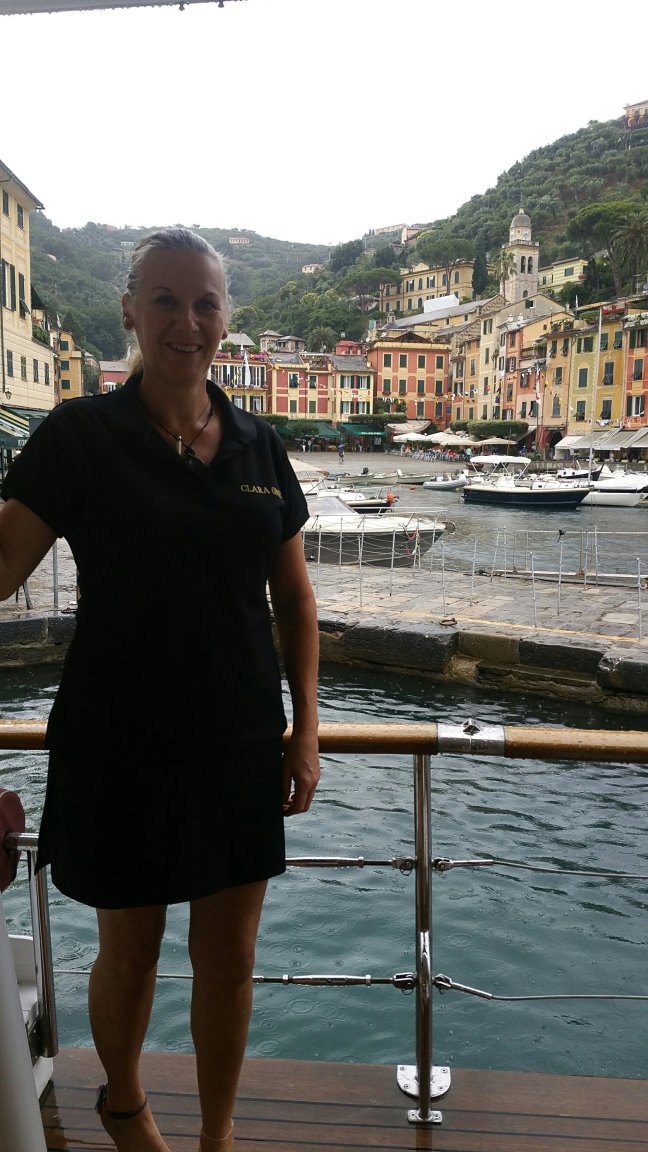 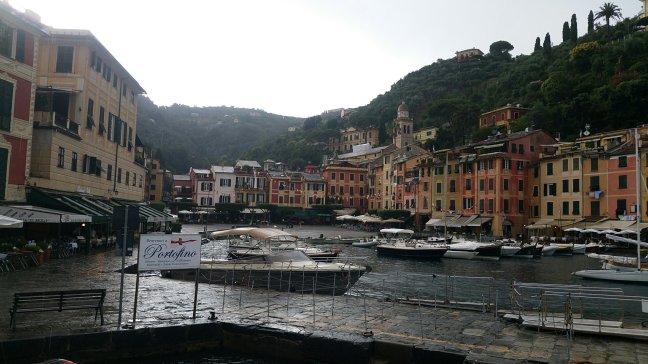 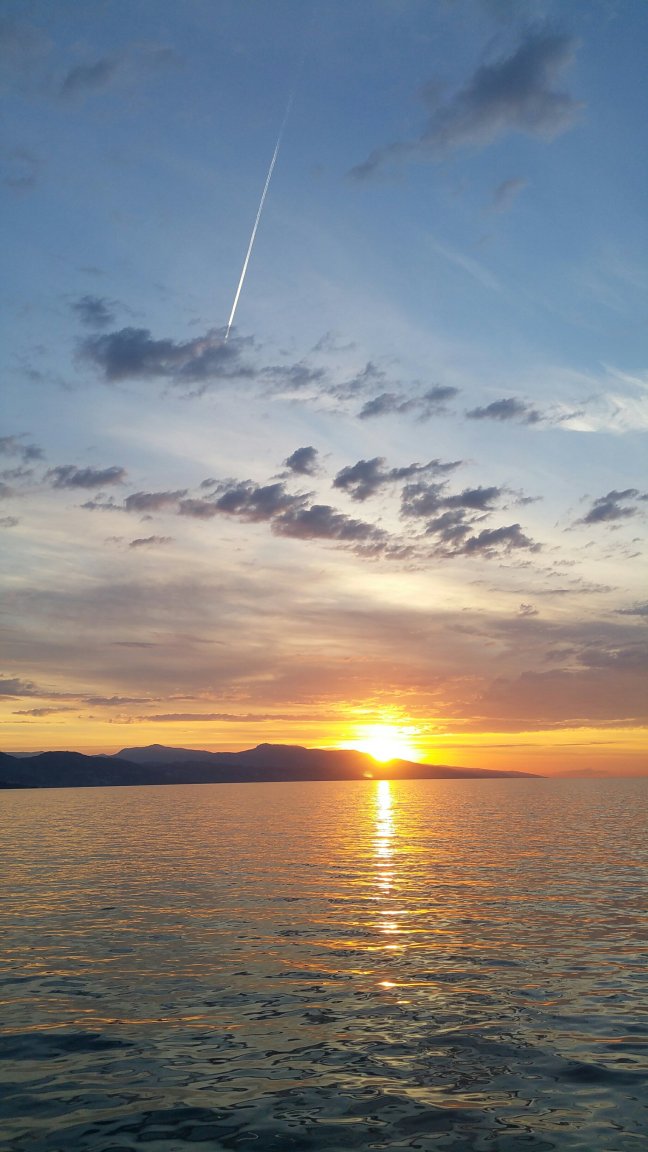 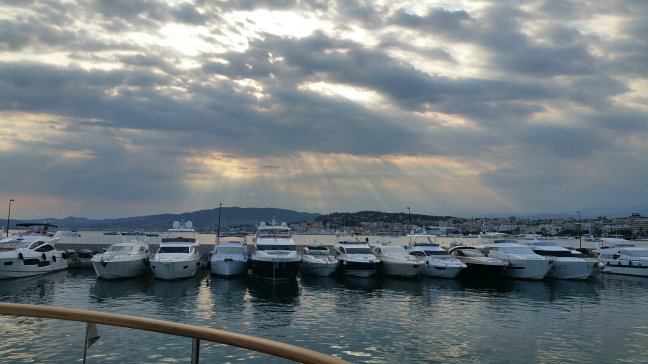